Dr. Eugene Gendlin, formerly of the University of Chicago, now of The Focusing Institute in New York, is the philosopher/psychologist who has most explicitly described the implicit background of human living from which all meaning arises.

While everyone knows about and makes use of this level of “gut feeling” or “intuition” every day, it was the existential and phenomenological  philosophers and  psychologists who  explicitly turned their attention to thoroughly studying this phenomenon – the subtle background of “experiencing” which gives meaning to human living and, from which, new meanings, creative solutions, and personality change can arise. Some of these fore-runners of Gendlin’s work are Rollo May, Martin Buber, Heidegger, Husserl, Kant, Merleau-Ponty, Nietzsche, Camus.

One story of how Gendlin became interested in “felt experiencing” says that a young Gendlin, while tending to his duties aboard ship in the Navy, realized that he was pondering on the “background feeling” that was left in his body from a dream he had had the night before – at least, as he pondered on this vague feeling, he decided this was where this unclear, vague, but totally present “feeling” had come from.  He discovered that, as he continued to ponder upon this feeling, eventually, the whole dream came back to him. So, he thought, the content of the dream was implicit, somehow, in the vague body-sense that was left over. So, we as human beings, could discover or rediscover information by paying attention to this subtle, bodily “intuitive feel” of our life experiences.

It was exactly this kind of experience that intrigued him and which became the basis of his career both as an existential/phenomenological psychologist and a philosopher. In one book, for instance, called Experiencing and the Creation of Meaning( 1962), he outlined seven different ways in which symbols (intellectualizations, behaviors, images, words) and felt meanings (felt experiencing, the felt sense, the “intuitive feel”) interact with each other. These are actual phenomenological events that can be observed if you pay attention to your own inner experiencing of how you find the “meaning” of things. Read them carefully and see if you can find an example of each in your own experience:

Whoever would have thought that such distinctions could be made in our inner experiencing, perhaps in the same way that we can name hundreds of colors that we can distinguish between in the outer world?! It was this careful study of inner experiencing, and inner actions, that allowed Gendlin to define the very helpful process called Focusing, which allows everyone could learn to sit at The Creative Edge of felt experiencing, Gendlin’s “felt sense,” and find new meanings and creative solutions.

In the 1950’s, Gendlin studied psychology at the University of Chicago with Dr.Carl Rogers, creator of Empathic Listening and Client-Centered Therapy. Gendlin also took a degree in Philosophy. Staying on as a faculty member in the Department of Psychology, he created his theory of changes in felt experiencing as the basis of personality change. He was the founder and long-time editor of the journal Psychotherapy: Theory, Research, and Practice.

Gendlin helped to create The Experiencing Scale, a research measure which could accurately predict success in therapy from looking at the client’s own capacity to speak from fresh, ongoing experiencing instead of intellectualizations.

In a large research project, he and others zeroed in on client Focusing as the most important factor in successful therapy.  In 1970 he received the “Distinguished Professional Psychologist of the Year” award from the American Psychological Association for his study of client Focusing.

Focusing As A Self-Help Skill

Gendlin went on to define the Focusing skill (Focusing, Bantam, 1981) as a way of teaching, not only clients, but everyone how to get in touch with the creativity found in felt experiencing. He founded Focusing-Oriented Therapy (Focusing-Oriented Therapy: A Manual of the Experiential Method, Guilford, 1996) as a specific approach for using Focusing to increase client experiencing and thus change in many methods of therapy, regardless of theoretical orientation.

Thinking At The Edge (TAE)

In his 80s, Gendlin is still creating new theory and practice. With his Process Model and Philosophy of the Implicit, he has contributed to Post-Modern philosophy. He has created another self-help skill, called Thinking At The Edge (TAE). TAE is a precise method for creating new theory and philosophy out of one’s own “gut sensing” or felt experiencing of something that is meaningful, universal, and profound. Now, everyone can learn to build theory and philosophy by “focusing” upon their own inner experiencing.

Back to About Us 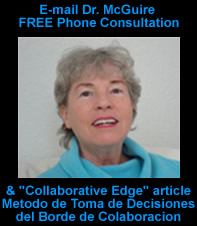